Chat with us, powered by LiveChat
Get a Quote

Who Created the CAD Used in Injection Molding?

To answer the question, "Who Created Cad?" we have to start with the origins of computer-aided design (CAD) date back to 1957 when PRONTO was developed by Dr. Patrick J. Hanratty. The program he developed was the very first commercial numerical-control programming system. Following this, Ivan Sutherland and MIT's Lincoln Laboratory worked together to create SKETCHPAD in 1960. This program demonstrated the ability to use a computer for technical drawing purposes such as those now used by designers at Additive Mfg. LLC and all over the world. 2 Dimensions When it comes to who created CAD, the answer is that while the concept may have started with Dr. Hanratty, many others have been involved in helping his initial programs evolve into those in use today. The initial CAD systems were only capable of working in two dimensions and while they helped to speed up the design process, the increase in speed was minimal due to high overhead costs and the need to train engineers in the use of CAD software. All engineers at Additive Mfg. are highly skilled in the use of CAD programming. 3 Dimensions As computer technology continued to advance at a rapid pace, so too did CAD software and capabilities. The programs became more functional as well as becoming more user-friendly. The concept of working in 3 dimensions started back in the1960s. Syntha Vision, the first "solid modeler" program was released for commercial use by MAGI in 1969. This new software helped to significantly boost the capabilities of current 3D CAD systems. In 1989, Non-uniform rational B-spline (NURBS), a numerical way of representing freeform surfaces was released. It first appeared on Silicon Graphics workstations, by 1993 a NURBS modeling software was developed and released by CAS Berlin. This version, referred to as NöRBS, was developed for use on PC. Today and the Future  CAD along with CAM and CAE are among the most widely accepted design programs in the engineering industry (and many others). Each of these systems can now be used on "inexpensive" PCs rather than the costly UNIX based workstations. Programs continue to be developed for use in rapid prototyping and manufacturing, 3D laser printing and direct metal laser sintering (DMLS), all of which are services offered here at Additive Mfg. LLC. While knowing who created CAD technically includes a huge number of specialists and programmers, the simple fact is that this system has many uses. By being able to create a working 3-dimensional drawings on a computer and manipulate the images to create prototypes, it is possible to reduce new and improved product design times significantly. CAD also makes it possible for the design team to see if the part being designed will function in the manner required. At Additive Mfg. LLC, our team of designers and engineers are all highly trained and skilled in the use of the latest in CAD/CAM systems to ensure we can meet and exceed the needs of our clients now and in the future as these needs evolve and change. 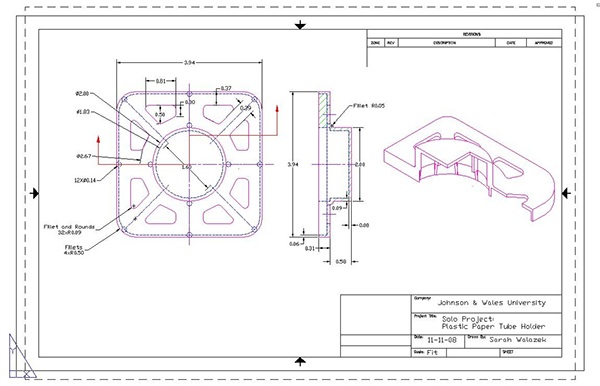 We recommend that you not send native cad files because we may not always have the same version of software. In this case, we will have to request STP files for conversion in order to proceed with the quote.

Select the process and material you would like your parts to be quoted in. If there are multiple processes or materials, please include this information next to the file names in the email. If you would to see a list of material and services we offer, please Click Here

If you have any questions about our rapid prototyping or manufacturing services, please include them in the email. One of our specialists will promptly reply and will be able to assist you with any technical questions or requests.

Additive Manufacturing LLC was created from a desire to offer outstanding customer service while providing our customers with experienced and technical part feedback and creation. With over 25 years of conventional and advanced additive manufacturing industry experience, our customers get the answers they need to help bridge the knowledge gap between new and traditional manufacturing technologies. After the manufacturing solution has been established, we use the optimal metal or plastic technology to create the best part on time.